Cozy, durable furniture & colorful lights give a Florida family a multiuse space that it uses every day.

It took some persuading, but Giselle Loor talked her husband, Brett Sugerman, into converting their garage into a home theater. The couple had explored adding on to their house, but it would have been double the expense of a garage conversion and would have created problems with the home’s roofline. A garage conversion made the most sense, so the cars would have to go outdoors.

Home Theater at a Glance

After a few months of construction, the family had a home theater it uses daily to watch movies and favorite TV shows. The space also functions as a guest room, music room and home office.

The project played to the couple’s designing strengths. “I left the construction, lighting and audio and visual pieces up to him,” Loor says. “I focused on materials and design.” 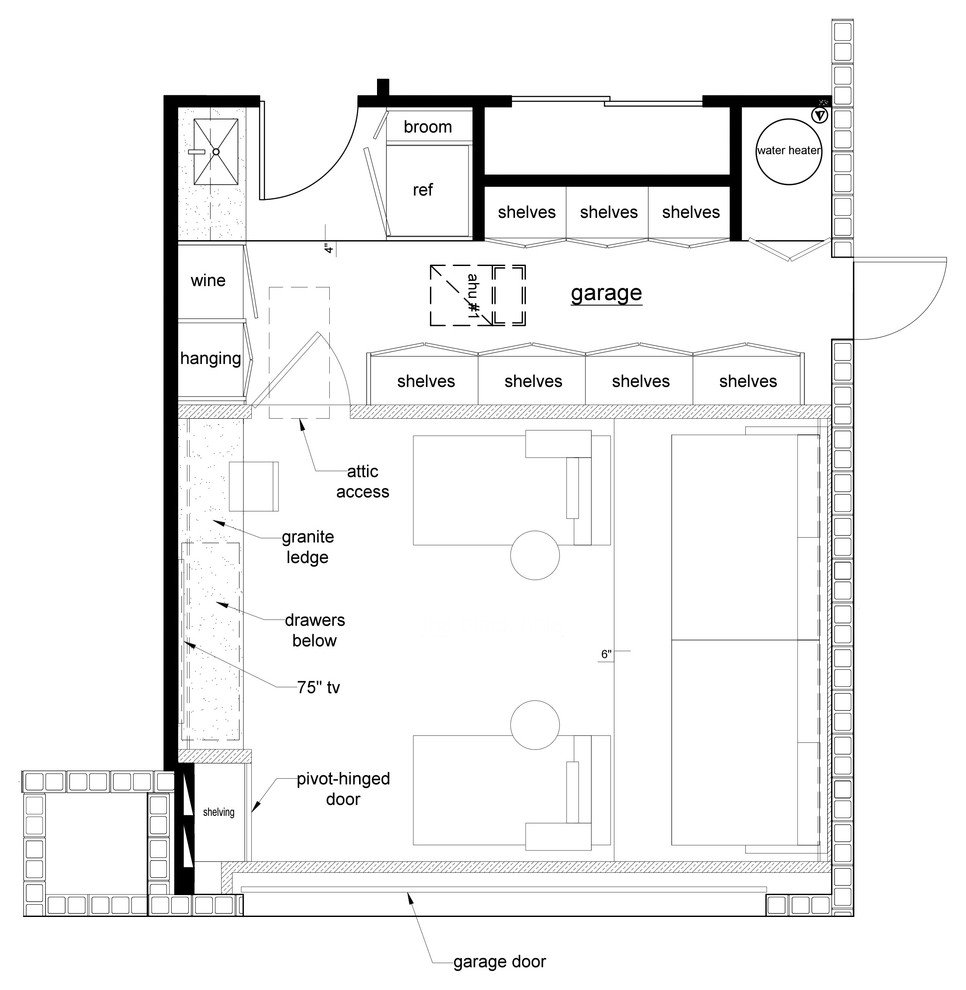 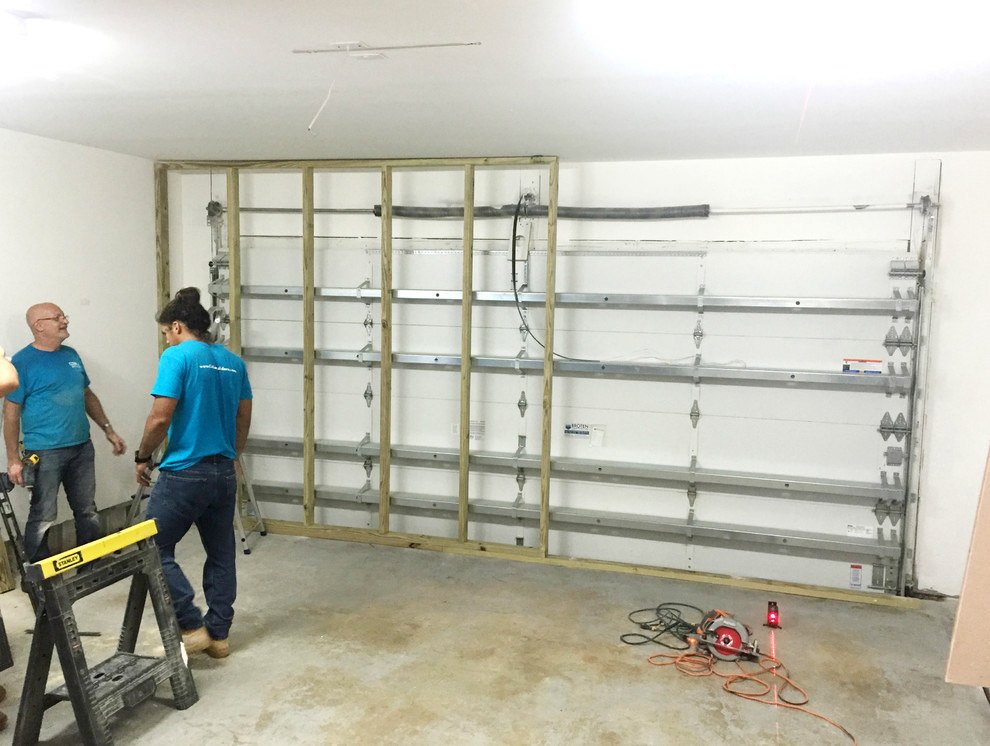 The space was a basic garage, with concrete flooring and an operational garage door. They started the conversion process by removing the garage door mechanisms and building a wall in front of the garage door.

If they ever decide to convert it back or sell the home, Loor says, the space could easily be made back into a garage for cars. 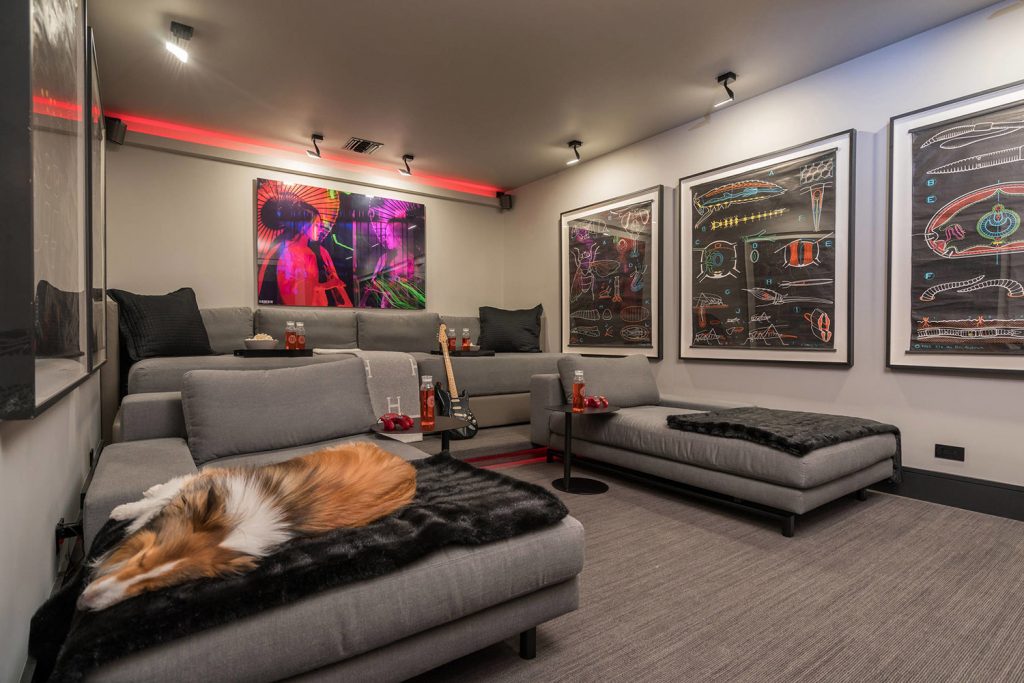 The garage door sits on the other side of the wall with the three framed images. Loor purchased the art pieces years ago at a Paris flea market and was excited to finally have a place to showcase them.

The art hangs above one of the two chaise lounges in the room. The family dog is napping on the other one. The couple designed the seating and had it covered in outdoor fabric.

The fabric choice makes the furniture in the room durable and keeps Loor from worrying about any messes that might happen in the space. “If the dog drools on the sofa, we just wipe it down,” she says.

The couple has two boys who are 14 and 15, and they like to invite friends over to hang out in the space. The outdoor fabric and gray color scheme give Loor peace of mind when the teenagers inhabit the space. 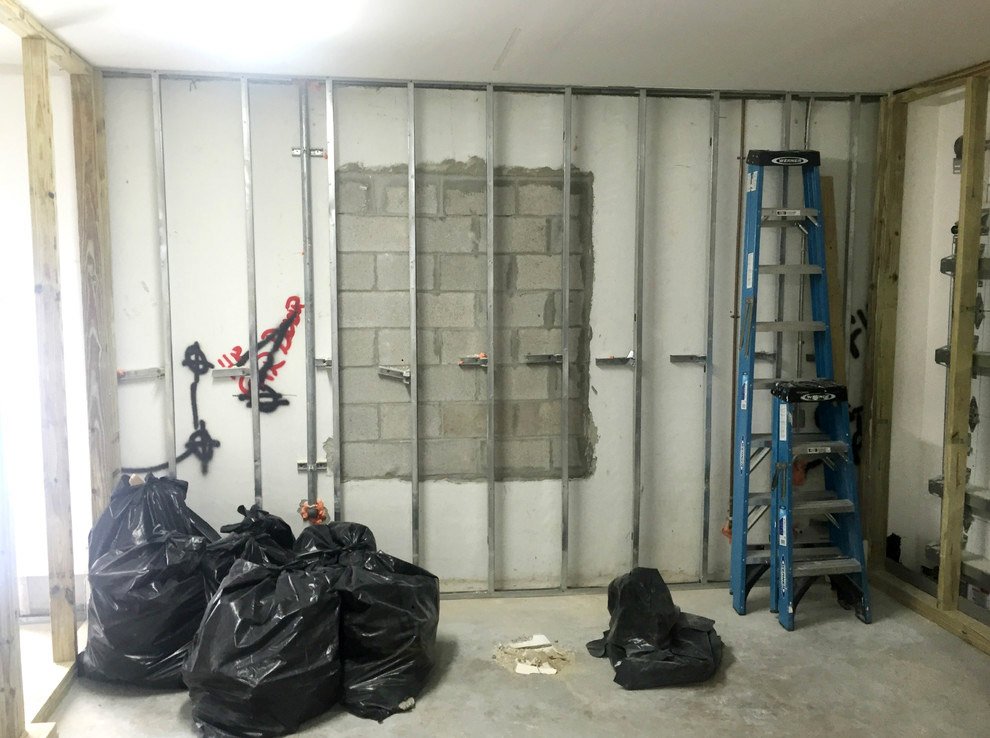 The couple added walls and insulation around the rest of the garage. This helped make the room soundproof and climate-controlled. The home’s air conditioning could already accommodate the additional square footage, so they did not need to upgrade the unit. 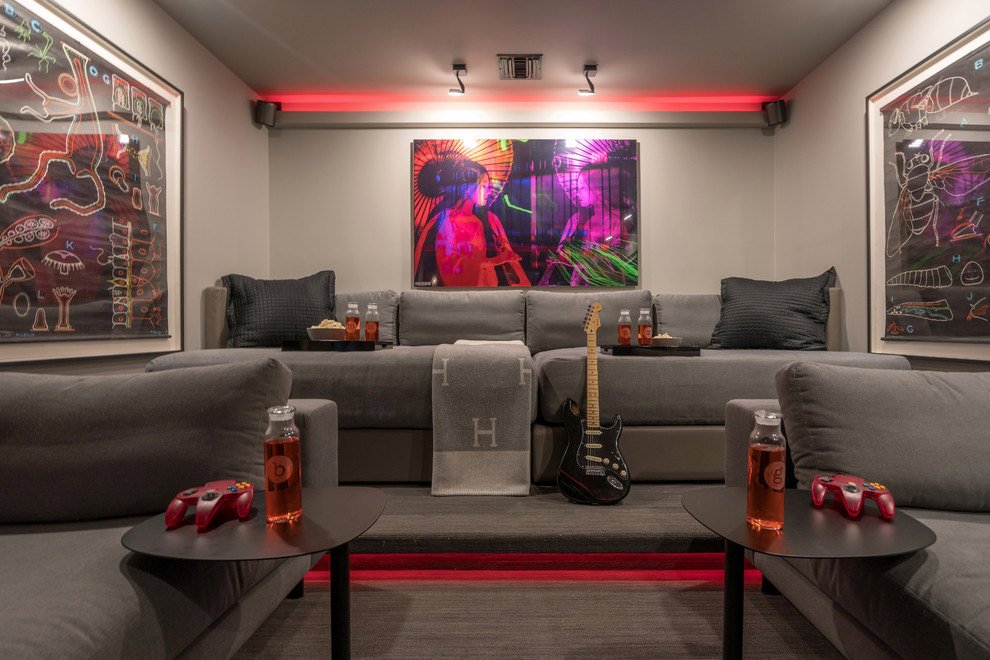 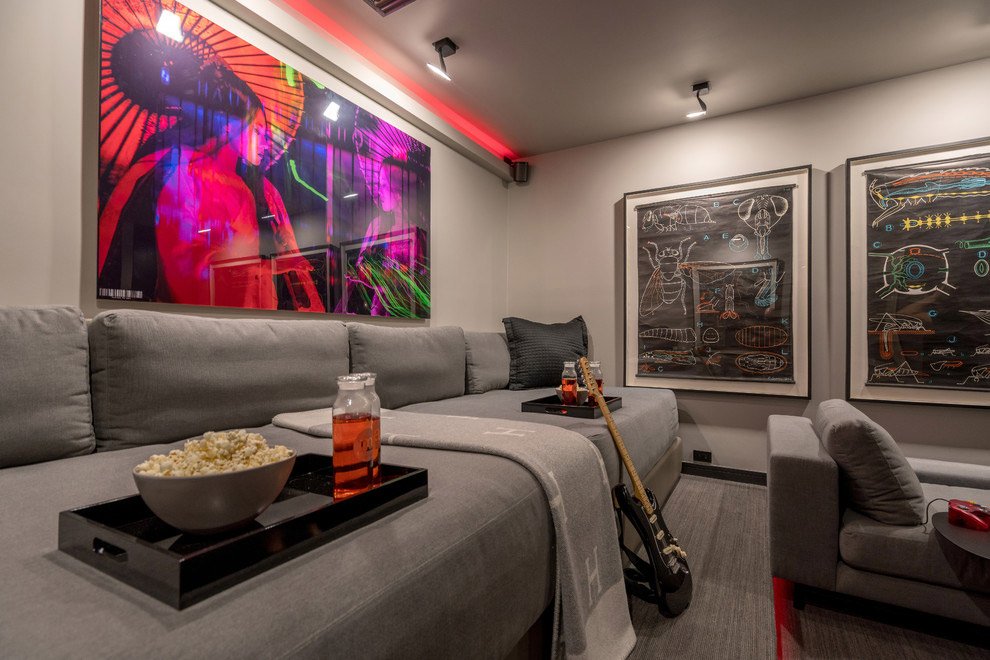 A platform at the back of the room puts the back seating at a higher level than the chaise lounges in front, making for a better TV viewing experience. The back seating area was created from two full-size beds. “We didn’t want them to look like beds all the time,” Loor says. “Instead, we wanted it to look like really deep seating.”

Removing cushions from the chaise lounges and the back seating area creates four beds that can sleep up to six people. This multiuse seating is perfect for the boys when they have sleepovers or for the couple’s oldest children, who are 22 and 25, when they come home to visit.

Sugerman installed colored lighting above and below the seating. “We call it party mode when those lights are on,” Loor says. To highlight the art, they installed spot lights around the ceiling. But when it’s movie time, all the lights go off. Brett Sugerman also stores and practices his guitar in the space. He keeps several guitar stands in the room so he can easily access them. 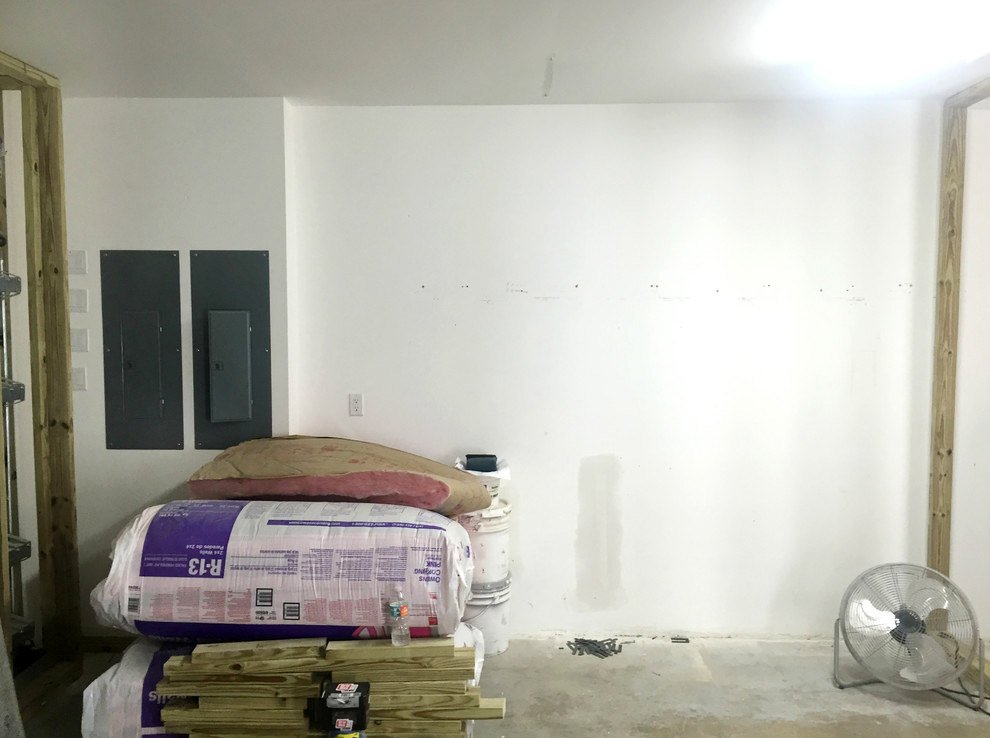 A finished wall and the breaker panel will soon accommodate the home theater’s TV.

A 75-inch TV hangs on a wall of 3D tiles. “I had used this tile in a previous project, and I just fell in love with it,” Loor says.

The couple, after consulting with audio and visual professionals, opted to use a traditional TV in the space, not a projector. “A projector and screen would have been overkill for the space,” Loor says. “Sometimes bigger isn’t better.”

The full-length tabletop and cabinet give Loor a small home office and give the room extra storage. During a movie night, Loor likes to put a self-serve snack area on the counter and then pull out extra blankets from the cabinet below. 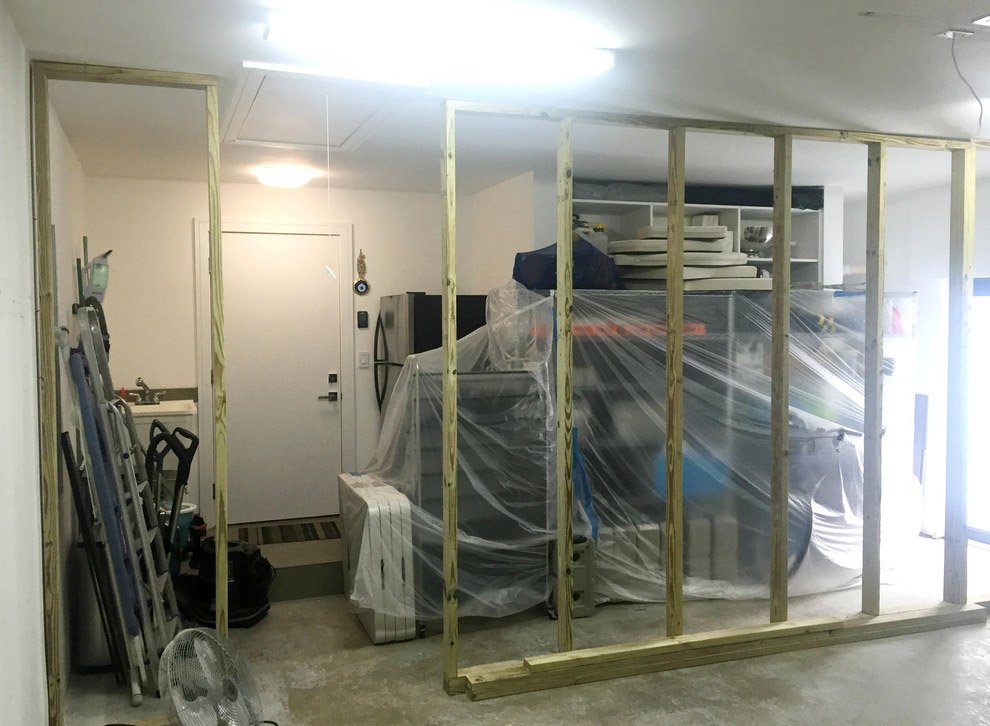 The couple had enough garage space to section off part of the room and create an indoor storage space. This wall going up sits across from the garage door. 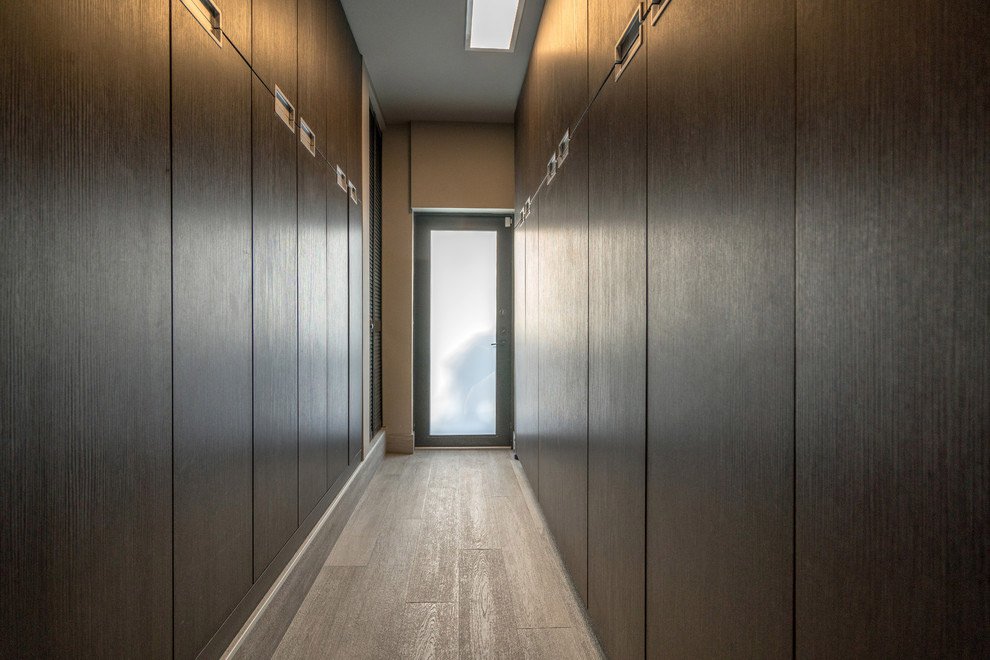 A long hallway of cabinets provides storage for the family. Loor appreciates that the space is indoors, meaning it has air conditioning. “Now when I am out hunting for something, it’s cool and comfortable,” she says. “Plus, it keeps everything cleaner.” 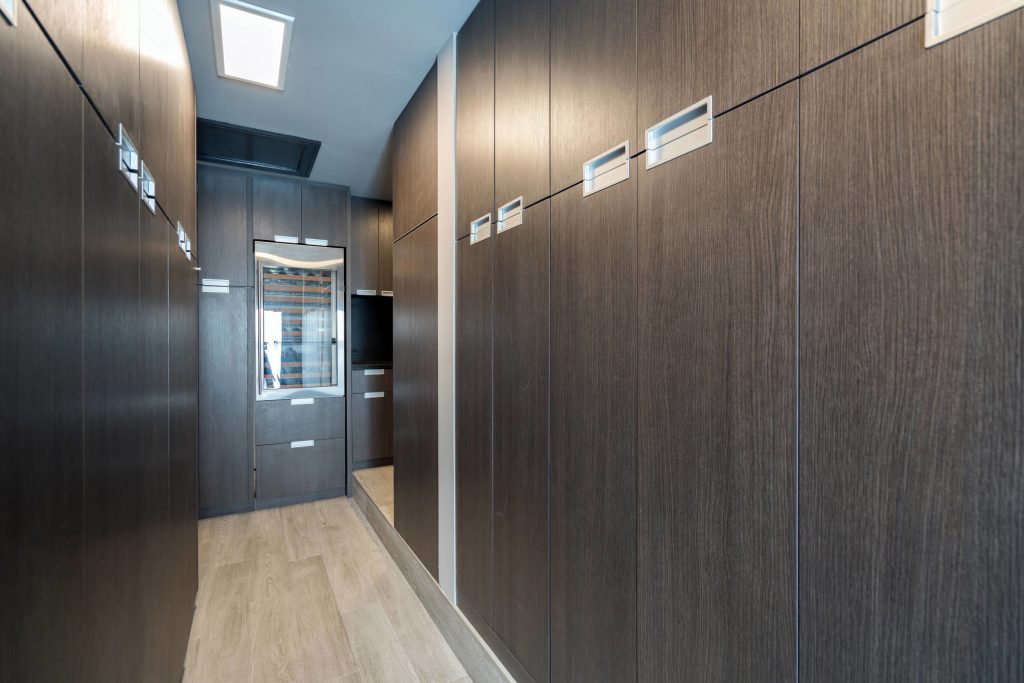 At the other end of the hallway, the couple added a sink and wine fridge. These additions come in handy when they host events in the space or when people use the home theater as a guest room. 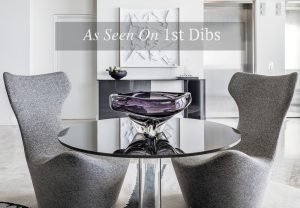 B+G Design Featured As Designers to Watch on 1st Dibs 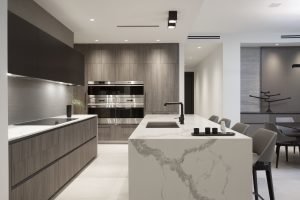 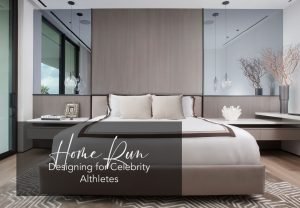 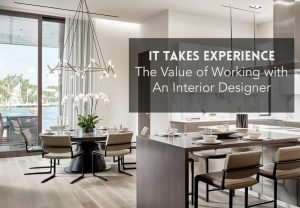 The Value of Working with an Interior Designer